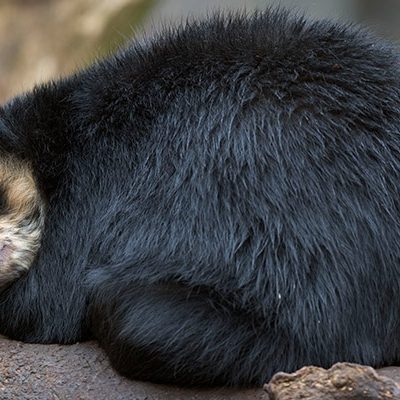 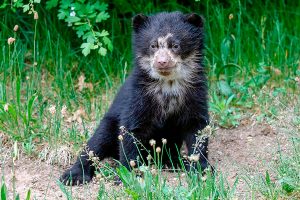 The only surviving species of bears native to South America, the Spectacled or Andean bear, with its distinctive eyeglass markings, has become something of an emblematic national treasure to the capital city, Quito. A solitary being, the Andean bear is a diurnal, land dwelling, omnivore, eating a diet that consists principally of vegetation and fruit; its favourites are the fruits of the Aguacatillo trees. The Spectacled bear is an able climber, clawing its way up trees to reach the ripe fruit and napping in beds formed by the forks in the same trees.

Endemic to the tropical Andes, the Spectacled bear has adapted to a range of habitats and altitudes across the mountain range, including cloud forest, high-altitude grassland, and dry forests. Due to losses in these different habitats the IUCN has classified the Spectacled bear as ‘vulnerable,’ however this round-faced bear can actually be found in several reserves in the highland paramo and cloud forests close to Quito.

Only twenty kilometres from the city, on the western flanks of the volcano Guagua Pichincha, is the Yanacocha reserve, a reserve managed by the Jocotoco Foundation, whose conservation project has the spectacled bear at its heart. The highland paramo and polylepis forest provide an ideal habitat for the bears; the project also has a fire prevention strategy to protect the area and various camera traps for monitoring the species. There is a Spectacled Bear Trail and an interpretation centre with a wealth of information on the animals and their habitat. 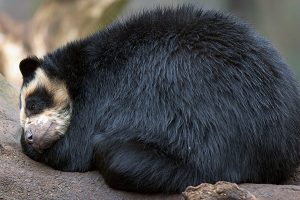 A little further afield, a two-hour drive from Quito, is the Spectacled Bear Corridor, the heart of which is the cloud forest reserve of Maquipucuna. Here the bears can be seen from November to December, when they come to feast on the fruits of the Aguacatillo trees. The success of the conservation efforts at Maquipucuna have provided a safe haven for the only bear species in South America, but continued support is needed in order to protect this national treasure.

Other Spectacled Bear conservation projects or possible sighting places can be found in the cloud forest in the foothills of San Isidro, the road up to Papallacta hot springs, and Ecominga’s Forest of the Sky wildlife corridor between the Llanganates and Sangay National Parks.