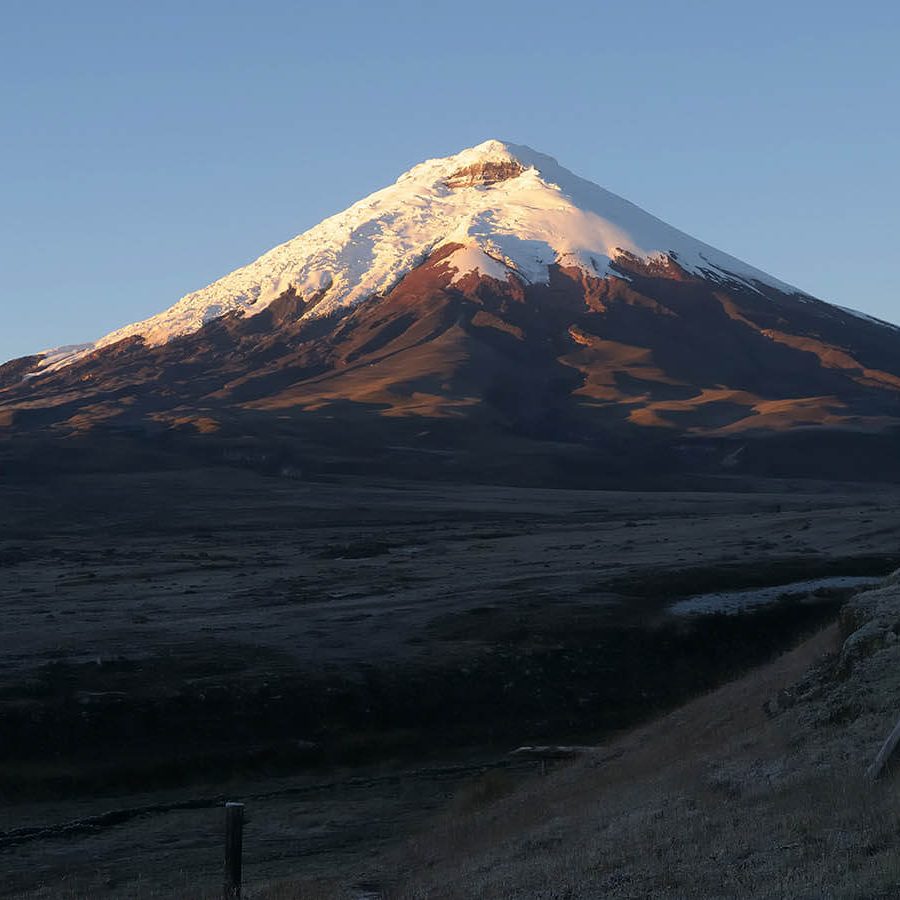 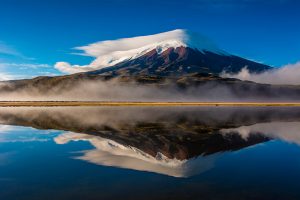 Ecuador is a land of volcanoes. There are over 30 active and non-active peaks in continental Ecuador alone. Most of them are in relative proximity to each other, so that, as you drive along the highways and byways of the country, it’s easy to imagine that these giants are alive and share the valleys between them, the rivers marking their territory, and the hills, their children.

If you talk with the local people, especially those with ties to the land, they will tell you that the volcanoes are sentient beings –apus, or spirits of the mountains: they are male or female, old or young, and have their own story to tell. Some stories are heroic, others are tragic or funny, and some are love stories.

One such legend involves handsome and brave Cotopaxi and his doomed love affair. This tall and fierce volcano (5897 m), whose name in the indigenous language Kichwa means neck of the moon, has earned the respect and fear of the people who live on its territory. When he roars, the earth, and everything on top of it, shakes and tumbles. He spits an angry cloud of ashes and the sky disappears. He throws boulders the size of a house like a tempestuous man, displeased with the situation.

Rumour has it that long ago he fell in love with the beautiful Tungurahua (5023 m), whose name means throat of fire, but their love didn’t blossom. Taita or father Chimborazo (6263 m) stepped in to fight for the love of the fiery maiden. The battle lasted for years, with constant eruptions between the two, where they spewed out columns of fire and threw giant boulders at each other, always in the hope of winning the love of the spirited Tungurahua. 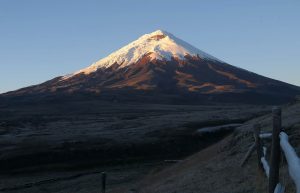 In the end, the Lady chose the older of the two brothers and married the imposing Chimborazo. Together they had a tumultuous love affair filled with infidelities and raging fits of jealousy and passion. They had countless children in the hills that surround them, the most important one, the mountain with twin craters, Pichincha (4784 m) guardian of the capital, Quito. People explain that when Pichincha cries, Mama Tungurahua shudders and fills the land with ashes.

As for the handsome Cotopaxi, he still sends from time to time, columns of black clouds up to the sky and shakes the land, hoping the Lady will turn her gaze upon him once more.